The launching of the NEXTMap Malaysia products has generated a lot of interest in the country. This is understandable. Having a nationwide coverage of high-resolution elevation data has put Malaysia into the forefront as only a handful of countries in the world have such a "privilege". The potential of this set of elevation data is undeniably high. However, many overlook the usefulness of the accompanied image file called the Orthorectified Radar Image (ORI). 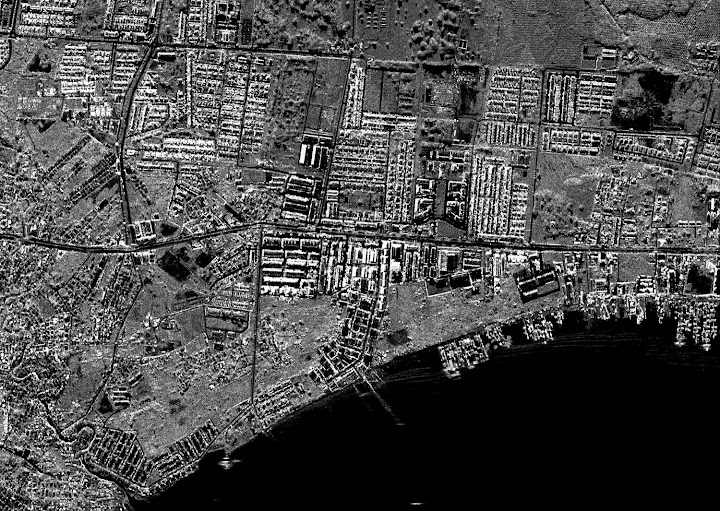 ORI at 1.25m over Tawau, Sabah.
ORI, as the name implies, is an accurate image which is orthorectified! Having an accuracy of RMSE 2m, it can be used in many applications. 2D and 3D feature extraction is one application that may interest many. Another area of interest will be in the use of ORI as a reference data to geometrically correct other images of lesser accuracy, thus avoiding the need to collect Ground Control Points (GCP) in the field. 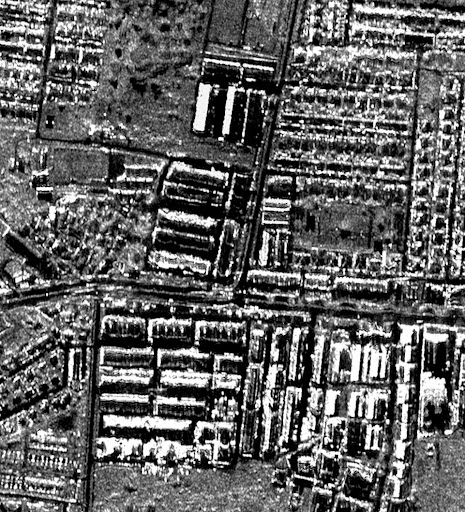 Zoom-in of 1.25m ORI
Unfortunately, as with all other radar images, ORI shares the same disadvantage in being difficult to be interpreted. This has somehow discourages users from utilizing it to its full potential. In order to enhance its usefulness, we can actually "colourize" the ORI. By applying a technique called Pan-sharpening, a black and white ORI can be processed to "become" a color image. 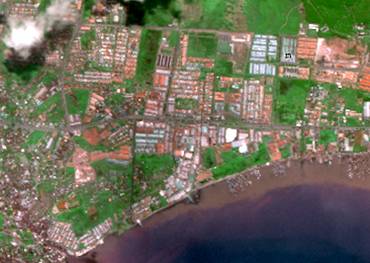 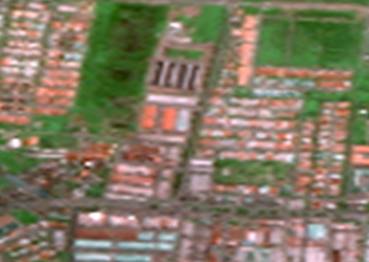 To further study the result of such image processing technique, a test case was conducted using a 1.25m resolution sample ORI over Tawau as the high-resolution panchromatic image. Several options were debated e.g. the low-resolution multispectral images. The final decision was made based on the principle that the multispectral image must be of reasonably low-cost, so that it will not introduce to much additional costs thus making the whole operation commercially not viable. SPOT 10m XS image was eventually used.

Commercial software ERDAS Imagine 9.1 was used, and the resolution merge with the multiplicative option was utilized. The result was quite impressive. Since this research was carried out mainly to make the ORI more visually appealing, not much effort was put to maintain the accuracy of the spectral value. 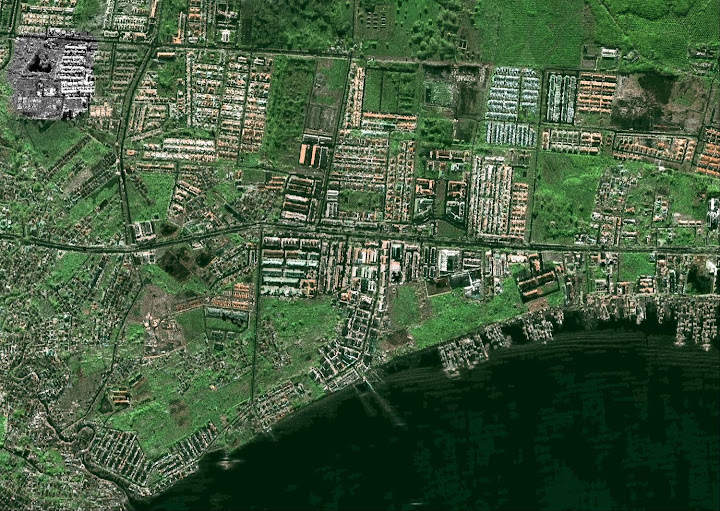 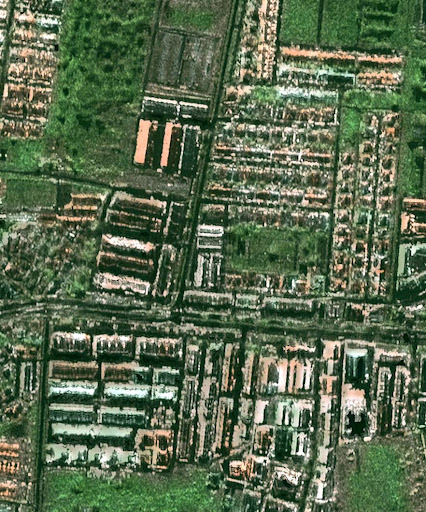 With the Pan-sharpened ORI showing more promising potential in distinguishing features such as empty land versus grassland, roads versus traffic islands and median of roads, it has definitely improve the interpretation. Such a product not only provides an option to extract features, but also as a complementary product to be used in patching up cloudy areas of optical data given its cloud-free nature. This particular property of IFSAR ORI will definitely serve the market appropriately as cloud coverage is a constant "hindrance" to optical system operators working in this region. 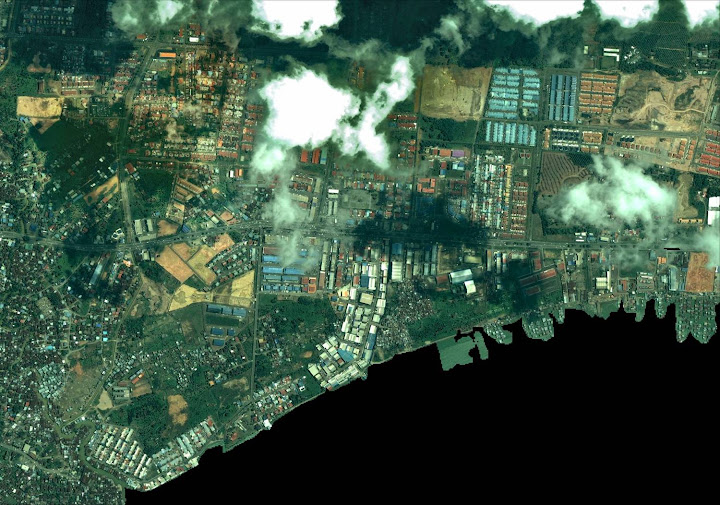 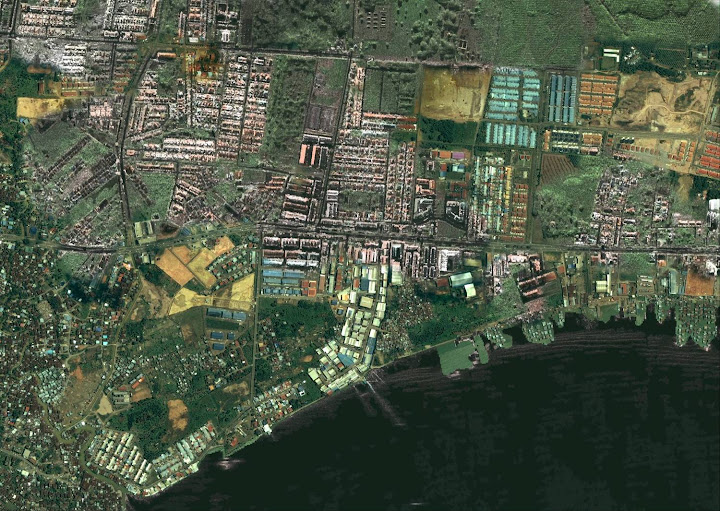 For further information, please contact us.
Posted by Kong H Y at 20:12