Interview with Steve Ault. Part 1/4: His experience with GNSS/RF, history and future trend of the industry

This is the first segment of a 4-part series of interview questions posted to Mr Steve Ault, the Technical Support Manager of Navcom Technology Inc. who conducted training for our sales and field personnel in early November 2009.

---
PointsandPixels: We understand that you have many years of experience in the field of Global Positioning System (GPS) / Global Navigation Satellite System (GNSS) and Radio Frequency (RF) and have been to many places implementing positioning and related solutions. Tell us something about yourself. How did you get involve in this industry?

Steve: My career started with 6 years of service in the US Air Force as a radio technician in the early 80’s. I troubleshot and repaired a wide variety of voice and data radio equipment operating in the VLF to SHF frequency bands. 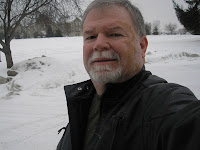 In 1990, I hired on with Magnavox at about the time when they were introducing the world’s first 6-channel L1 only parallel GPS receivers. During my time with Magnavox, I worked as a Field Engineer and did some work on dual-frequency systems and early DGPS techniques, but my department focus was on commercial and marine applications so that exposure was limited. I left after 3 years to work as a Systems Engineer for a satellite communications company.


In 1995, I hired-on with Leica as a Field Engineer, where my dual frequency experience broadened. In early 1998, I installed, tested and trained personnel on 5 Beacon DGPS systems for the Chinese Maritime Safety Administration, just as I had for other foreign government agencies over the previous year.I then worked as an Applications Engineer for a cell phone infrastructure company in 1998. My role allowed me to work with network RF design engineers from Verizon, AT&T, Vodafone, Sprint and other international cellular companies to help properly design their networks with multicarrier power amplifiers, antenna arrays, and other RF equipment which we manufactured. They interfaced with Nokia, Motorola, Lucent, and Erickson base stations.


Eventually, I joined NavCom in 2006 and I have been managing the Product Support group for the past two and a half years. In that time, I have overhauled the entire product line user documentation, created on-line troubleshooting and analysis tools, expanded the training offerings, and closed development gaps with channel partners. I have been fortunate in that my professional travels have taken me to 4 continents, including 25 countries and 48 states (incidentally, I was stationed in for about 3 years during my military service). I'd like to think that the diversity in the cultures I have experienced and the broad background of technical fields in which I have worked have made me uniquely qualified to service NavCom’s international customer base.

---
PointsandPixles:How far do you think the GNSS and related technology has progressed since the day you joined the industry?


Steve: When I first entered the arena in 1990, most receivers were single or dual channel sequencing ones. Sequencing receivers are virtually unheard of today. They operated with one channel hopping or sequencing through 4 to 8 satellites for navigation. The second channel was used for house-keeping, collecting almanac, ephemeris and searching for new satellites as they ascended over the horizon.


Due to this technique, there was no ability to track satellite phase and kinematic GPS was not possible. Even with the introduction of parallel receivers in the late 90's, obtaining sub-metre accuracies was a big goal. The focus was on improving code development and the thought of doing real time field work with radio modems was in its infancy stages of development.

...we can anticipate that improvements in rover accuracy and convergence times from space based augmentation systems will continue to improve significantly...


By 1993, and with Selective Availability (SA) turned on, developing DGPS systems that could attain a few metres of accuracy and a broadcast system (which became the Beacon DGPS system) was the focus. In the mid to late ‘90’s, much of the work focused on multipath mitigation, due in part to the vast improvements over the years in code navigation techniques. The technology had advanced to the point where improvements on the centimeter level were crucial. With this came the dedicated dGPS co-development efforts of radio modems and early attempts to provide regional DGPS augmentation systems (WAAS) by government agencies (FAA).

With the advent of choke ring antennae and antenna ground planes, and with the deactivation of SA, the last decade 'turned back' to software development with an emphasis on phase measurement improvements and privatization of satellite DGPS augmentation systems such as StarFire.


---
PointsandPixels: How much further do you think this can go?


Supporting technologies (like NavCom’s RTK-Extend) will continue to emerge. This will extend the reach of RTK-like technology to new limits and, possibly, open up new application areas. Such capabilities will improve the user productive time and ease the work-flow processes, particularly as new GNSS technologies are adapted into the next natural market segment (namely, Machine Control).